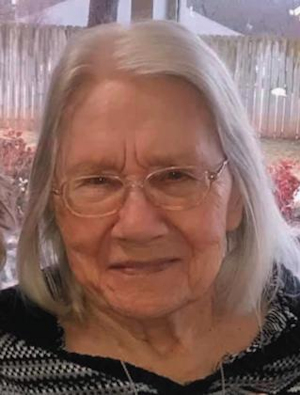 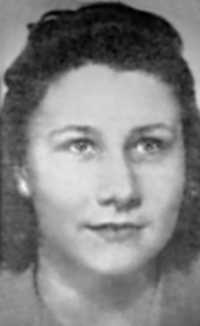 She has attended the Perry schools for 11 years, having been promoted to advanced classes in both the second and fifth grades. Horseback riding and all sports are Dorothy’s favorite hobbies, although she prefers memoirs.

She plans to attend the Oklahoma A. and M. college after graduation here. She will get a major in physical education.

Dorothy was born on November 7, 1924 to Frank and Victoria (Belcha) Dolezal in Perry, Oklahoma where she was raised and educated. On July 4, 1947 she married Maurice Dow “Rooster” Childress in Stillwater, Oklahoma. Rooster and Dorothy worked together for many years at the family D/X service station, where they made many friends who still today remember them fondly. Rooster preceded her in death in 1994.

Dorothy is also preceded in death by her parents; her sister Margaret Kaiser and husband Ray; her brother Robert Dolezal of Lakeway, Texas; as well as numerous beloved nieces and nephews.

Members of her family include her daughter Ann Focht of Stillwater; her brother Dick Dolezal and his wife Janice of Tyler, Texas; her sister-in-law Delores Dolezal of Lakeway, Texas; her grandchildren Dustin Focht and his wife Jordan of Pratt, Kansas and Holly Standlee of Tulsa, Oklahoma; her greatgrandchildren Jacie, Charli and Andi Focht of Pratt, Kansas and Brett, Jack, and Teagon Standlee of Tulsa, Oklahoma; and numerous beloved nieces and nephews.

A graveside funeral service will begin at 1:00 p.m. Friday, January 13, 2023, at the Grace Hill Cemetery in Perry, Oklahoma officiated by Pastor Russell Hughes.