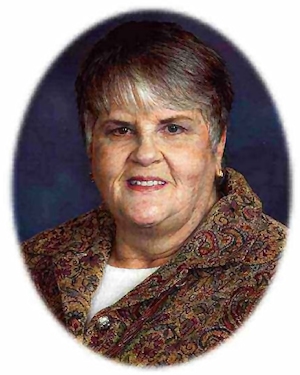 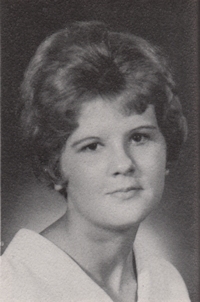 Berniece Snyder, 62, of Ponca City, Oklahoma, was the daughter of Clarence Earl and Mary Louise Gaines Snyder. She was born on June 9, 1947 in Enid, Oklahoma and died Sunday, January 3, 2010 at the Ponca City Medical Center.

In 1965, Berniece graduated from Perry High School. She served her country as a member of the United States Army from August 1965 until August 1968. Berniece was a Medical Corpsman during the Vietnam War. She attended Oklahoma State University for two years and worked as a surgical scrub tech at Ponca City Medical Center for over twenty years. Berniece was a Rainbow Worthy Advisor and enjoyed swimming, traveling and loved animals.

Memorial services will be 4:00 p.m. Tuesday, January 5, 2010 at the First United Methodist Church in Perry. Rev. Ed Cook will officiate, assisted by Rev. Roger Dunn. Services are under the direction of BrownDugger Funeral Home in Perry. Memorials may be made to the Cerebral Palsy Foundation in the name of Kenzi Burnside.

She was preceded in death by her parents and two sisters, Shirley Snyder and Judy Burnside.