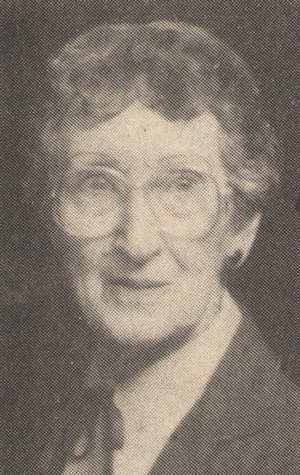 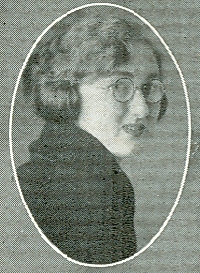 Normal training. “Always a merry twinkle in her eye and a smile on her lips.”

Graveside rites have been planned for 2 p.m. Friday at Grace Hill cemetery at Perry. Rev. Lynn Scott, pastor of the First Christian church, will officiate. Brown Funeral home will be in charge of arrangements.

Mrs. Howard was born in Oklahoma Territory on June 22, 1904, northwest of Perry on the farm homesteaded in 1893 by her grandfather, C. C. Humphrey. She was the daughter of Cleveland and Carria Humphrey.

She attended school at Fairview district 30 from first through eighth grades and was a 1923 graduate of Perry high school. She attended summer school at Oklahoma A&M college at Stillwater and received her teaching certificate in 1923.

For many years she taught in rural schools in Noble county, such as Lilly district 67, Long Branch and Willow Creek. She and Dewey Lee Howard were married on Jan. 4, 1926.

Mrs. Howard was a member of the Black Bear homemakers group, the First Christian church and the Hope circle of the church.

Mrs. Howard was preceded in death by her husband, Dewey; a son-in-law, Edward J. Beier; her parents, Cleveland and Carria Humphrey; and a brother, Carl Humphrey.