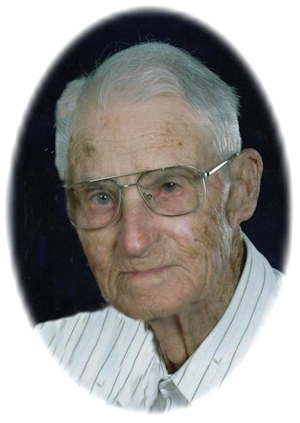 Walter Gottschalk, 96, of Perry was born on August 5, 1913 in Perry, Oklahoma to Ernst and Linda (Swartz) Gottschalk. He passed away on Saturday, February 6, 2010 at Perry Memorial Hospital.

Walter married Clara Heppler on April 25, 1936 in Perry, Oklahoma. He was a member of the First Baptist Church, where he served as a deacon and taught Sunday school for many years.

Funeral Services will be 10:00 a.m. Wednesday, February 10, 2010 at the First Baptist Church. Brother Aaron Summers will officiate. Interment will be in Grace Hill Cemetery. Services are under the direction of Brown-Dugger Funeral Home.

Memorials may be made to the First Baptist Church in the care of Brown-Dugger Funeral Home, 1010 North 7th Street, Perry, Oklahoma 73077.