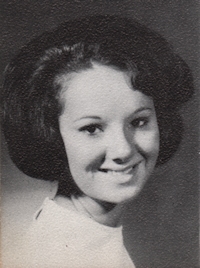 She was born Sept 23, 1947 in Stillwater, OK, the daughter of Jim and Sarah Lou Dolezal. She was a graduate of Perry High School and Oklahoma State University. She taught in public schools in Oklahoma.

Following her marriage to Gary Bryant they moved to Dallas, TX, where she resided until 2000 when she moved to Austin, TX, to be near her son, Aaron.

Memorials may be made to the Oklahoma Medical Research Foundation in Oklahoma City.