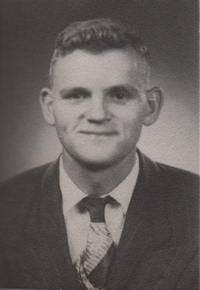 Gerald Lee Estes, 72, died on April 29, 2010 in Oklahoma City, Oklahoma. His funeral services will be at 2:00 p.m. on Monday, May 3, 2010 at the Strode Funeral Home Chapel in Stillwater, with Reverend Michael L. Chace officiating. Interment will follow at Sunset Memorial Gardens Cemetery. Strode Funeral Home is in charge of arrangements.

He graduated from high school, then went to work at a Stillwater grocery store. Later Gerald worked at Ditch Witch in Perry.

He was preceded in death by parents, Walter and Ethel; brother, Bill Estes; and sister, Maxine Gramley, two nephews Richard and DeWayne Estes and one niece Audrey Bench.

Memorial contributions may be made in his name to a charity of your choice.