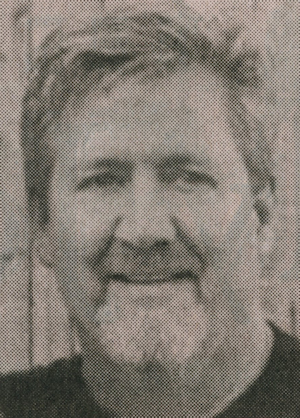 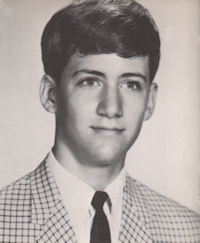 A service was held Monday, November 9, 2009 at Crossing Community Church in Oklahoma City, Oklahoma followed by internment at the IOOF Cemetery in Norman, Oklahoma.

He was born in Hays, Kansas on June 3, 1951. He was the fourth child born to Irene and the late Gordon Clark. Don is survived and will be missed and loved for¬ever by his mother, Irene, siblings Larry, Terry, Janet, Jackie, Carol, David, Kay, Mark, Patti, Rena, Cary, Chris, Charles, and their families.

Don was married to Theresa Rose Westerman for thirteen years. They had three sons who survive; Jeffrey Todd, Bradley Don, and Ryan Anthony and their families and his 7 grand children whom he adored. He lived close to his children and grandchildren in the Oklahoma City area and counted them his greatest accomplishments in life. He is also survived by his wife Linda (Christian) and her children Candice and Joseph.

He was a member of the Crossings Community Church in Oklahoma City.

Don attended grade school in Fowler, Kansas and graduated from Perry High School in 1969, NOC in Tonkawa, and Central State University in Edmond. Serving our country for four years in the US Army, Don was stationed in Thailand during the Vietnam era.

He was a professional graphic artist and talented photographer who spent most of his career in the Oklahoma City area. As a gifted artist, Don loved many artistic mediums. He loved all things in nature and spent many hours over the years photographing scenery and animal life.

We will remember Don in so many ways. He joyously embraced life and lived passionately in spite of the darkest hours he experienced. Don found pur¬pose in all areas of his life, sought spiritual truth and became a role model for the power of faith in everyday living. This was demonstrated in his inner strength to overcome all the challenges that came his way.

Don cherished people as gifts in his life. His constant love for his family and friends created relationships devoted to joy, peace, and harmony. His nature was innately compassionate, kind, patient, gentle, forgiving, humble, and loving sod. He was a man of great integrity and maintained a moral and ethical high road in all his personal and professional relationships. He filled our lives with joy, fun, and laughter with his playful spirit to the end. We feel so blessed and grateful to have had Don be a part of our family.

With deeply grateful hearts, we thank his caregivers, especially our own daughter-in-law and sister-in-law in the Oncology Department, Pat Clark to whom we will be eternally grateful for her care of Don and to the rest of the staff in the Oncology Department at the VA hospital for their devotion to his healing over the last 18 years and to Heartland Hospice of Norman for making his final days as dignified and comfortable as possible. Don fought a courageous battle with several monumental health challenges and finally was taken from this life as a result of pancreatic cancer. We take comfort in knowing that Don is eternally healed and look forward to being reunited with him one glorious day and will cherish his sweet memory until then.