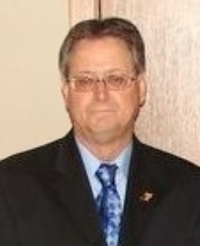 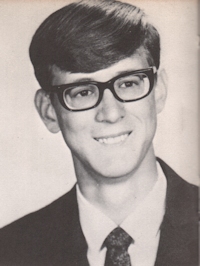 Rodney Neil Fechner, 59, of Bethany, OK, passed away on January 18, 2011, joining that great cloud of witnesses cheering us forward as we run life’s race with Jesus.

He was born June 2, 1951, in Oklahoma City, OK, to parents, John and Eunice Fechner. He graduated from Bethany Nazarene College in 1974, with a B.S. in Political Science and completed 18 hours of graduate work in Public Administration at the University of Oklahoma.

He is survived by Gloria, of Houston, TX; three children: Kevin Fechner, of Houston,TX; Kristen Franks, and husband, Justin, of Houston, TX; Matthew Fechner, and wife, Bridget, of San Clemente, CA; by two grandchildren, Brooke and Aiden; by mother, Eunice, of Bethany, OK; by four siblings: John Fechner, Jr., and wife, Pat, of Cushing, OK; Kenneth Fechner, of Bethany, OK; Gaylene Hill, of Broomfield, CO; and Susan Acre and husband, Darrik, of Piedmont, OK; and by a host of aunts, uncles, cousins, nieces and nephews.

He was preceded in death by his father, John; and one sister, Carolyn Jo.