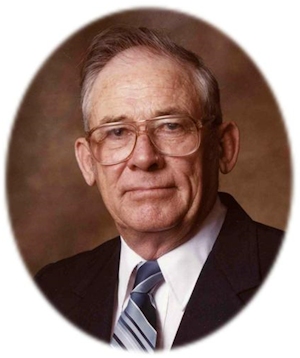 – son of Mr. and Mrs. G. W. Rutherford and was born in Perry. He attended the school at District 31 before coming to the Perry high school. He is a former F.F.A. club member and plans to take up radio and television for a life work.

Rufus J. Rutherford, 89, of Perry, Oklahoma was the son of George W. and Nora O. Churchwell Rutherford. He was born on the family farm, northwest of Perry, on December 27, 1919 and died Tuesday, April 21, 2009 at Green Valley Nursing Home in Perry.

Rufus received his education, grades one through eight, at the country school 4-D District 31 in Noble County. He graduated from Perry High School in 1938. He and Ruby E. Schultz were married at Perry, Oklahoma on November 4, 1941. On April 2, 1948, Rufus accepted a position as lease operator with Gulf Oil Company where he was employed for 36 years until retiring on April 2, 1984. Rufus had been a member of the First Assembly of God Church in Perry since 1940 and served as a Deacon, Sunday School Superintendent, Sunday School Teacher and Church Secretary-Treasurer. He held an amateur radio license and his interests were crafts, woodworking and electronics.