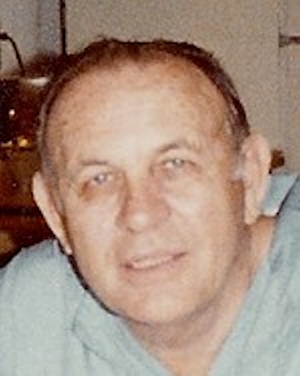 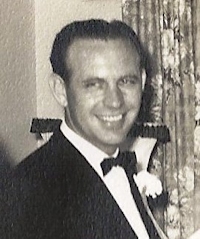 – born in Red Rock and is the son of Luther Sanders. He attended the St. Joseph’s Academy before attending Perry high school. He is a two-year letterman in football and in basketball. He plans on being an oil field worker.

A Mass of Christian Burial will be offered Friday, December 19, 2008, at 10:30 a.m. at Fountain Memorial Funeral Home for Mr. Joseph Raymond “Ray” Sanders, 88, who passed away Monday, December 15, 2008 at Doctor’s Hospital in Opelousas. Interment will follow in Fountain Memorial Cemetery in Lafayette. Reverend Father Timothy Richard, pastor of St. Edmond Catholic Church in Lafayette, will conduct the funeral mass.

Ray was born March 27, 1920 in Perry, Oklahoma to Luther Sanders and the former Rose Burns. He grew up in Perry with his brothers Daniel and Robert and his sister Patricia. Ray was a practicing Catholic and served in World War II as a Staff Sergeant for the U.S. Air Force. He received a Bachelor’s Degree in Geology from Oklahoma University in 1950. On May 27, 1957 Ray married Maydell Dugas. He worked as a Geophysicist in oil exploration and later for the U.S. Department of Defense. Ray retired from the Defense Mapping Agency and Aerospace Center in Saint Louis, Missouri in 1982. He enjoyed fishing and landscaping.

Ray will be remembered as a loving and caring husband, father, grandfather, brother and friend. He will be deeply missed by all who knew and loved him.

Mr. Sanders is survived and lovingly remembered by his wife of over 52 years, Maydell Dugas Sanders of Lafayette and his brother Robert Sanders of New Orleans. He will be missed by his surviving children Jerry Sanders and his wife Page, of Frisco, Texas, Sandra Moser of Odessa, Florida, and Jan Federer and her husband Thomas, of Chesterfield, Missouri, as well as nine grandchildren.

By the mercy of Christ, Ray is now able to be reunited with his son Mark Sanders, who passed away in 1999. He was also preceded in death by his parents, his brother Daniel Sanders, and his sister Patricia Wagoner.

The family requests that visiting hours at Fountain Memorial Funeral Home be observed from 9 a.m. until time of services on Friday, December 19, 2008. Pallbearers will be Ray’s family including Thomas Federer, Austin Federer, and Jerry Sanders.