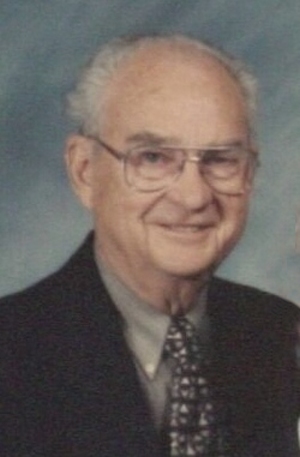 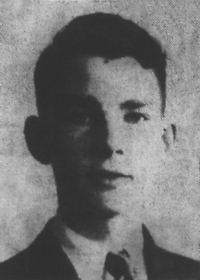 – son of Mr. and Mrs. George E. Doyle, Jr., was born in Perry and attended St. Joseph’s Academy before attending Perry high school. He took a leading part in the senior play this year. He plans on studying to become a mining engineer.

Rosary was held Sunday, March 9, 2003 at Downing and Lahey Mortuary East, and the funeral service was Monday, March 7, 2003, in Wichita, Kansas.

He was preceded in death by a son-in-law, Don Hommertzheim.

Posted on Find-a-Grave by his grandson

George Edward Doyle III served in the U.S. Navy during World War II and was stationed in California. After the war, he and his family settled in Wichita, Kansas where he was an accountant for Southwest Paper Company.

When he retired he loved traveling with with his wife to Texas and the southwest during the snow season.

He loved making things out of wood- clocks and other assorted things including a dollhouse for his granddaughter.

He died in 2003 after a bout with lymphoma that lasted two years.

He is buried across the street from the football and basketball stadiums at Wichita State University in Wichita, Kansas. He joked that even in death he’ll be able to keep an eye out on his favorite team- the WSU shockers.