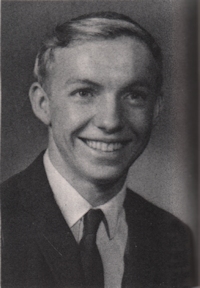 A memorial service has been set for 2 p.m. Monday at the First United Methodist church. Rev. Bill Stacy, the church pastor, will officiate. A private burial service will be scheduled. Memorial contributions may be made to the American Diabetes association.

LeForce recently had gone to Paoli to work in the construction business. He died of injuries received Nov. 11 in an accident while at work.

He was born July 14, 1947, at Guthrie. He was a 1966 graduate of Perry high school. LeForce served with the United States Marines in Vietnam and later was an employe of R. L. Frailey, Inc. at Perry.

He and the former Angel Blankenship were married in November, 1977. LeForce was a member of the Veterans of Foreign Wars.