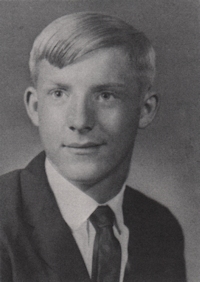 LeForce was born at Guthrie on Oct. 7, 1948, the son of Clyde Raymond and Lila (Day) LeForce. He was a 1966 graduate of Perry high school and attended Central State university one year.

On July 29, 1967, he and Flora Keith were married at Perry. He served in Vietnam with the United States Marines from 1968-70. An oilfield construction worker, LeForce had been employed by R.L. Frailey of Perry for 17 years. At the time of his death, he was vice president of Elkhorn Construction of Evanston.

Memorial contributions may be made to the transplant unit of L.D.S. hospital in Salt Lake City.

He was preceded in death by his father, Clyde LeForce, and one brother, J.D. LeForce.