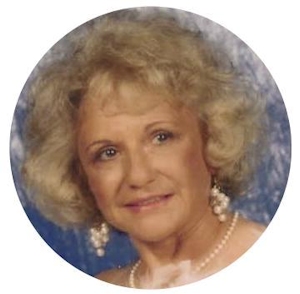 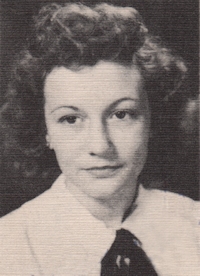 F. Vaynne Cowell, 81, was the daughter of Worth and Agnes Marshall Roberts. She was born on February 2, 1932 in Perry, Oklahoma and died Friday, December 27, 2013 at Tuscany Village Living Center in Oklahoma City.

Vaynne grew up in Perry, Oklahoma attending Perry High School where she was a twirler with the high school band and wrestling queen, graduating in 1949. She married her high school sweetheart Otto R. Cowell on June 4, 1949 at the Christ Lutheran Church in Perry, Oklahoma. They made their home in Perry for many years where she raised three children and was active in Christ Lutheran Church and the community. In 1965 the family moved to Kingfisher, Oklahoma where she actively supported her children and husband in many activities while attending Central State University now University of Central Oklahoma. She graduated magna cum laude in 1973 with a Bachelors Degree in Education. She received her Master of Education from Central State University in 1986.

After retirement, Vaynne and Otto wintered in Florida where she was very active in Christian education. She led bible study classes for many years, participated in mission trips, and was active in many areas of Christian outreach. She loved to paint, play the piano, and dance.

She was preceded in death by her husband Otto R. Cowell parents, Worth and Agnes granddaughter, Rebecca Katherine Cowell of Stillwater, Oklahoma and sister Sharyn Roberts Lambert of Okarche, Oklahoma.