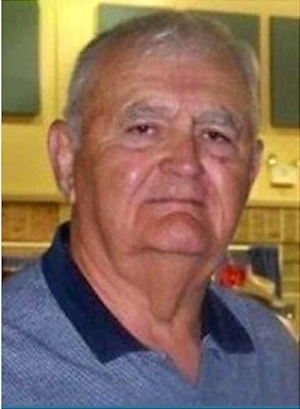 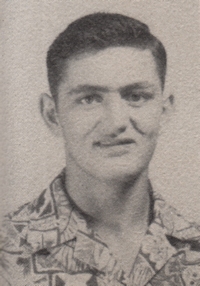 Jack Lee Edgar was born on October 3, 1936 and departed this life on October 17, 2011. Jack was born to Harry and Alma Edgar and grew up in Lucien, Oklahoma. He graduated from Perry High School in 1954. Jack served our country in the U.S. Army from 1959-1960. On May 23, 1964 Jack married Rita Hutcheson. After his service to his country, he went back to work in the oilfield. Starting on the floor he worked his way up to Drilling Superintendent. Jack worked for Unit Drilling Company for 38 years retiring in 2001.

Jack lived life to the fullest! He was an avid coon hunter, western swing dancer and a member of the Cornerstone Church. Jack also enjoyed the simple pleasures of good food, good friends and a toothpick. His greatest joy was being involved with his children and grandchildren in all aspects of their life while watching them grow. Their Poppy was always there for them!

Survivors include his wife, Rita, of the home; brother, Max Edgar of Oklahoma City; children – Gary and Melissa Hula of Enid; Melinda Edgar, Keith and Margaret Perkins, John and Shelly Edgar, all of Collinsville; and Ted and Mona Wallin of Bristow. His nine grandchildren include: Jordan and Kaden Perkins, Brooklyn, Delani and Max Wallin, Austin and Macy Hula, Emery and Isabel Edgar.

In lieu of flowers, the family asks that you make a donation to the Jack Edgar Memorial Fund at the Cornerstone Church, 2018 West Plum, Collinsville, Oklahoma 74021. Visitation will be held 9:00 a.m. – 4:00 p.m., Wednesday, October 19, 2011 at Collinsville Dolton Funeral Home. The family will be receiving visitors at the Cornerstone Church, located at 2018 W. Plum, on Wednesday, October 19th from 6:00 – 9:00 pm. Officiating the service will be Helmer Johnson with services provided by Collinsville Dolton Funeral Home, Collinsville Oklahoma.

Celebration of the life of Jack Lee Edgar of Collinsville Oklahoma will be at 2:00 p.m. on Thursday, October 20th at the Grace Hill Cemetery Pavilion in Perry, Oklahoma.