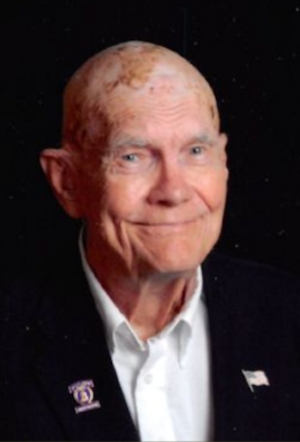 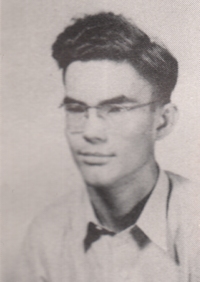 Funeral Services will be held at 2:00 pm Friday, February 26, 2016 at the First United Methodist Church with Rev. Michael Strange pastor officiating. Interment will follow at Grace Hill Cemetery under the direction of Brown-Dugger Funeral Home of Perry, OK.

Jack grew up in Perry and graduated from Perry High School in 1952. He married Betty Ruth McHenry on November 29, 1953 in Perry. Jack enlisted in the U.S. Navy and did several tours of Duty during the Korean and Viet Nam conflicts. He completed 18 years of military duty.

On April 4, 1976, he married Darlene Smith Morrill and they made their home in Perry, OK. Jack was employed at the Charles Machine Works, Inc. for 20 years. He then decided to become a part of the American Legion Post 53 in Perry. He attended his first meeting and left that meeting as Commander. Jack ate, drank and slept American Legion, Post 53.

His first project was to restart American Legion Bingo. Additional projects included installing U S VETERANS’ flag holders on all veterans graves at Grace Hill cemetery and eventually throughout Noble County, to organize flag lines at veterans’ funerals, to refurbish and remodel the Legion Hall and to make citizens aware of proper flag etiquette. His current project is creating a Field of Honor for all veterans’, living or deceased.

Over the years, Jack was involved in Stagecoach Community Theater, Ditch Witch’s Corporate Challenge, Perry Information Network (PIN TV) where he filmed many local events and programs, among other things. He was a member of the First United Methodist Church.