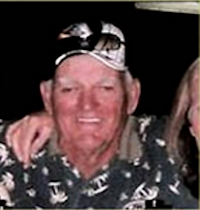 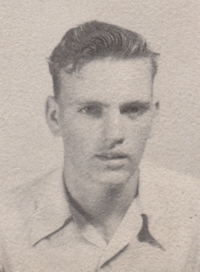 Funeral services for Jack Lynn Hodge, age 70, of Moore, Oklahoma are scheduled for 1:30 p.m. Friday, January 18, 2008 at the First Presbyterian Church with Pastor Randy Coleman officiating. Interment will be in the Grace Hill Cemetery.

Mr. Hodge was born March 3, 1937 Southeast of Perry to William E. and Hazel (Blanchard) Hodge. He attended his high school years in Perry, Oklahoma, and attended Life Church in Oklahoma City, OK. He was in the oilfield business most all his life and was currently employed with Gator Petroleum. He enjoyed golfing, hunting and fishing. He passed from this life January 11, 2008 in Tecumseh, OK.

Pottawatomie County authorities have released the name of a Moore man who was found dead Friday, Jan. 11, 2008, in an oil pit at a work site near Brooksville. Pottawatomie County Sheriff’s Investigator Jim Patten identified the man as 70 year-old Jack Lynn Hodge.

Hodge was an employee of Gator Petroleum Services, Patten said. He also lived in a trailer on the worksite, 26531 Old Highway 18, just south of the Brooksville turn. For unknown reasons, Hodge was near the oil pit area sometime late Thursday night, where there are several underground pits containing about four feet of oil. He was found in a pit Friday morning and his pickup was parked nearby. There was no ladder in this particular pit. It appeared that Hodge had tried to exit the tank before possibly being overcome by fumes. Investigators believe the man’s death was an accident.