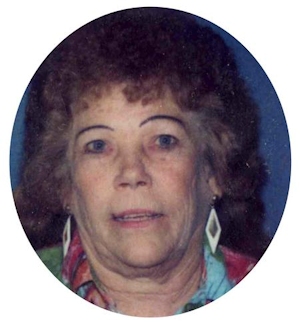 June attended Perry schools and worked as a waitress most of her life. She also had been a restaurant owner.

She and Vernon Guffey were married Feb. 7, 1952 in Ridgeland, South Carolina. Vernon preceded his wife in death on October 24, 1996.

Funeral services will be at 2:00 p.m. Wednesday, May 5, 2004 at Calvary Baptist Church. Rev. Roger Dunn will officiate. Interment will be in Grace Hill Cemetery under direction of Brown-Dugger Funeral Home.

In addition to her husband, Vernon, her parents, one daughter, Beverly June, one brother, Gene Chase, and one great-granddaughter. Kaci, preceded her in death.