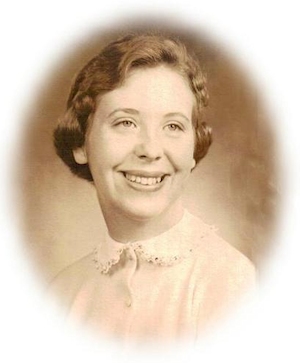 Freda Mae Stanislav Dechant, dearly loved, passed from this life into the arms of her Lord and Savior, Jesus Christ and eternal life on Saturday, June 5, 2010, in Coral Springs, Florida.

She was preceded in death by her parents, Louis Iva Stanislav, and father of her children, Paul Dechant.

Freda grew up in Perry, graduated from PHS in 1956, and from OU in 1960 with a B. S. degree in Education. She taught in Public Schools in Wichita, Kansas Denver, Colorado and in Norman, Oklahoma City, Prague, and Moore, Ok. In 1990-2000 Freda managed Cimarron Apartments in Shawnee, Ok. She moved to Moore in 2000 and completed her teaching career at Plaza Towers and Kelly Elementary before retiring in 2004. A tender hearted and dedicated teacher, Freda was loved and admired by her students and fellow teachers. Always creative, she went to extra lengths to prepare her class room each year.

A devoted Christian, Freda was a member of St. Andrews Catholic Church in Moore and active in the Breast Cancer Support group led by Nurse Carol Prati, before moving to Florida in 2004.