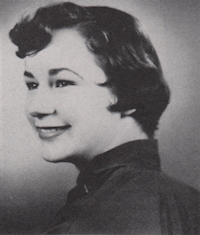 Memorials: Instead of flowers, the family requests that donations be made to the National Parkinson Foundation, or your local ASPCA. Mayme had been living with Parkinson’s disease for several years.

She was born in Clayton, N.M., Jan. 26, 1938, to Mary and James Cantrell. Mayme graduated from Perry High School, class of 1955, and married Roland Voise in 1956. She was an avid runner, tremendous cook, breast cancer survivor, loving mother and doting grandmother. Mayme owned and managed rental properties for over 35 years, retiring in 2010. She was passionate about her work.