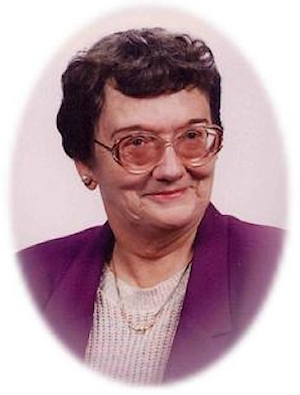 ﻿Glee club appealed to Cleva Jo Howard, who sang in that organization in 1943-44, after coming to Perry from schools at Ridgeley, Tenn., Mayfield, Ky., and Fairview district 30.

The daughter of Mr. and Mrs. Lee Howard, route 3, Perry, Clevo Jo was born September 1, 1927, in Perry. She is a member of the First Christian church.

She is looking forward to enrolling in Oklahoma A. & M. college, Stillwater, after graduation here.

Cleva Jo Beier, 81, of Perry, Oklahoma was the daughter of Dewey Lee and Ena May Humphrey Howard. She was born September 1, 1927 at Perry, Oklahoma and died Thursday, March 12, 2009 at Perry Memorial Hospital.

On September 29, 1946, she and Edward J. Beier were married in the home of her parents near Perry, Oklahoma. Cleva Jo and her husband lived northeast of Perry, where they had a farming and ranching operation. She was a member of Zion Lutheran Church. For many years, she was a member of the Black Bear Homemakers Club and had served as president for several years. For over 16 years, she served as judge for Election Precinct 304 located at Sumner.

In addition to her husband, Edward J. Beier; she was preceded in death by one grandson, Lee Dewey Beier; and her parents, Dewey and Ena May Howard.