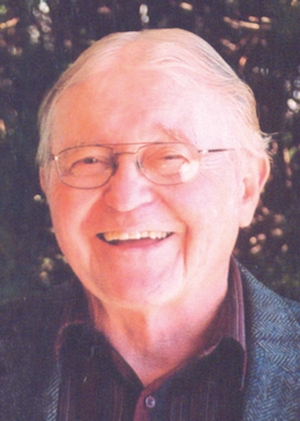 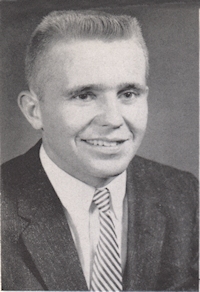 A farm boy, he attended first grade at Pleasant Valley country school north of Perry, and in second grade became a student of Perry schools. He graduated from Perry High School in 1958 and took two years at Northern Oklahoma Junior College (now NOC) in Tonkawa. During his second year there he was Student Senate president. He continued his pre-med studies for a year at Oklahoma State University and then was accepted into the Oklahoma University School of Medicine, where he graduated in 1965. He had married Sue Stewart in 1962, and by the time he finished med school, they had the first of their four children.

He spent a year of internship at the University of Washington Hospital and started his career in family medicine in Yates Center, KS, where their second son was born.

After about two years, the family moved to northeastern Oregon, and Dr. Scholz opened Winding Waters Clinic in Enterprise. He became one of a dying breed, the country doc.

During the seventeen years he practiced in Enterprise the family added two daughters and Dr. Scholz became a community leader and had a ranch where he raised Simmental cattle, teaching the family to participate in the ranch. An avid bow hunter and trout fisherman, he taught his children outdoor skills and as a Little League coach he taught many local children life lessons as well as baseball techniques. He taught his kids to work, to love, to find joy.

In everything he undertook, Dr. Scholz worked hard and was determined to succeed.

Ill health forced Dr. Scholz to limit the stresses in his life and the family moved to Glendale, Arizona, a suburb of Phoenix, where he joined Cigna Healthcare as a family physician. With the same dedication he demonstrated in every endeavor, Dr. Scholz taught himself to slow down and start having fun in life. He thanked God for each new morning, and he especially enjoyed his patients.

He was named Cigna Clinician of the Year in 1984 and his practice grew to be the largest family practice in the Cigna community. In addition, he and Sue helped start a new Christian church, hosting the services in their home for about four months until a more permanent location was arranged.

As his health failed, he looked forward to retirement, which came in 1999. Harley and Sue moved back to Perry, where he renewed acquaintances and reveled in the home of his youth. During his mother’s last years, she lived with them, and Harley became her main caregiver.

He also became a leader in his church, Ceres Christian, where he taught Sunday School, and also had a Bible study for members of Perry Christian Church and members of other churches, too.

A lifelong servant of man and God, Dr. Scholz was physician, mentor, elder, supporter of Perry youth and athletics fan. Known for his favorite conversation starter: “I’ve got a story for you…,” Harley entertained his friends during his retirement years with stories and anecdotes that he had collected during his life of observing people, and then, having enjoyed virtually every moment of life, Harley took the scenic way Home.

He is survived by his wife and best friend, Sue, and his children, Karl and his wife Penny of Casper, Wyoming; Kurt and his wife Laura of Sierra Vista, Arizona; Kristin and her husband Martin Brunelle of Peoria, Arizona; and Harli Jill and her husband Travis Franklin of Fort Collins, Colorado. He is also survived by his brother Jerry Scholz of Skiatook, Oklahoma and six grandchildren: Logan, Gennadean and Joseph Scholz, Grayson Burrow, and Elyse and Olivia Franklin.

He was predeceased by his parents, Sybil and Joe Scholz and his grandparents Elsie and S.A. Clark and Frank and Mary Shultz.

The funeral service will be held at 2 p.m. Wednesday, March 20 at Ceres Christian Church, 13 miles north of Perry on Highway 77. The service is being arranged by Palmer Marler Carberry Funeral Home of Perry. In lieu of flowers donations may be made to the Harley Scholz Memorial Scholarship through the Perry Elks Lodge.­­­