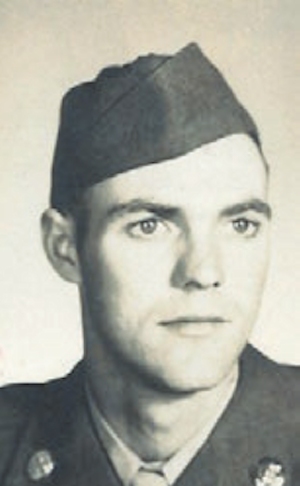 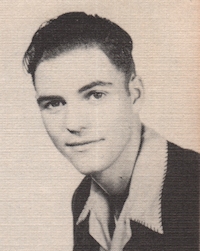 Earl Kenneth King, 83, of Perry passed from this life on October 26, 2013 at his home with his loving family by his side.

Earl was born on July 31, 1930 in Sumner, OK to Robert and Bertha (Hornberger) King. He grew up and attended schools in Sumner, but transferred to Perry High School for his senior year.

Following high school, Earl enlisted in the United States Army where he served honorably during the Korean War and attained the rank of Corporal.

Upon his discharge, he began working for Boeing in Wichita, KS before enrolling in the electrical technology program at Oklahoma A&M in Stillwater.

In 1954, Earl married the love of his life Donna Rae Thompson.

In 1958, he began a lifelong career at the City of Perry. During his 45 year career, Earl worked for several years with each division of the Perry utilities dept. He attempted to retire in the late 90’s, but was drawn back by his desire to serve his community. In 2005, Earl finally retired to spend more time with his family.

Following his retirement, Earl continued to pursue his hobbies of raising cattle and chickens. He enjoyed playing his guitar, traveling and spending time in his garden and with his grandchildren. Earl was an easy going man who was always willing to help a friend or family member in need.

He possessed a quiet strength and his smile lit up the lives of anyone near him. He was proud of his service to the city of Perry and he enjoyed his job and the wonderful friends and co-workers he made there.

Earl King was a loving husband, a caring father, a proud grandpa, a dependable employee, and a trusted friend. He will be missed by all who knew him.

Earl was preceded in death by his parents Robert and Bertha King, and a son Kyle King.

The family wishes to thank the nurses and staff of Companion Hospice for the extraordinary care they gave Earl over the last few months.