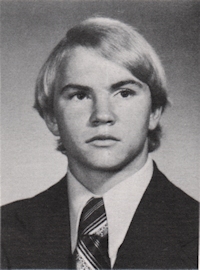 On September 9, 1953, Gary was born in Perry, Oklahoma to Lloyd Lester and Grace Lenora (Howell) Keith. He was their tenth child out of thirteen. He graduated from Perry High School, and was a member of the high school wrestling team. During his lifetime, he worked with the Oklahoma Highway Department out of Perry, RL Frailey, Inc. in Noble County and was a case worker for a while as well. Gary loved the Lord and loved sharing his faith. He was loved by all, and had a wonderful sense of humor that will be greatly missed.

Memorial contributions may be made in his name to the Hospice of North Central Oklahoma at 1904 North Union, Suite 103, Ponca City, OK 74601.