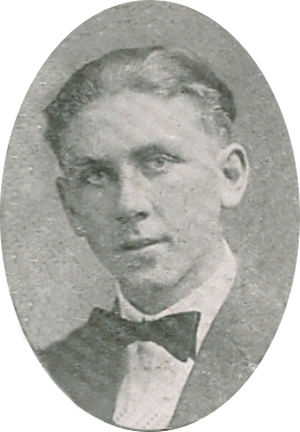 Earl R. Bechtold, 57, member of the city council and former Noble county surveyor-engineer, died at 1 p.m. Sunday in Enid General hospital, where he had been a patient since March 25.

Services will be at 2 p.m. Wednesday in the Newton funeral home, with Rev. George Warren Campbell, minister of the First Christian church, officiating. Burial will be in Grace Hill cemetery.

Bechtold, owner of the Tamac pottery company, was born July 18, 1897, in Everest, Kan., and came to Perry in 1899 with his parents. He graduated in 1916 from Perry high school and entered the University of Oklahoma for a year until enlisting in the Army in 1917 during the first World war.

Bechtold served in France and returned to OU where he was an outstanding athlete. He played fullback on the Oklahoma football team and also lettered in basketball and baseball. Returning to Perry, he worked in the county surveyors office before being elected to that post in 1922. He served as surveyor a total of 22 years and also was engaged in the automobile business. He has served several terms on the city council.

Bechtold was a member of the Christian church and the A.F. & A.M. Masonic Lodge.