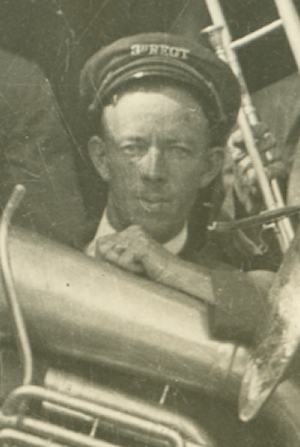 Funeral will be at 2 p.m. Friday at Newton chapel. Officiating will be Rev. Don Harnden, pastor of the First Presbyterian church, assisted by a grandson of Kennedy, Ken Jerome of Benton, Ark. Burial will be in Grace Hill cemetery.

Kennedy was born April 13, 1888, in Frankfort, Kan. He came to Noble county with his parents and settled on a farm southeast of Perry. He was graduated from Perry high school and attended Oklahoma State university.

On Sept. 10, 1912, he was married in Perry to Hazel Eby, who survives. He had served as a National Guard band director for the 158th field artillery and at one time conducted the Oklahoma City orchestra. He operated a tire shop in Perry until 1938, when he began operation of a skating rink. Kennedy was a 50-year member of Knight of Pythias lodge.

Memorial contributions may be made to the First Presbyterian church building fund.