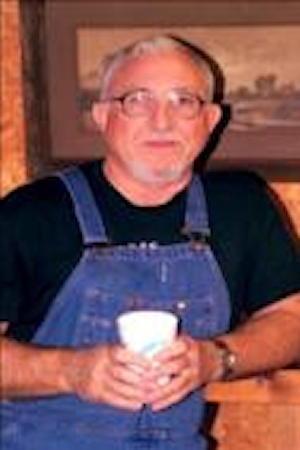 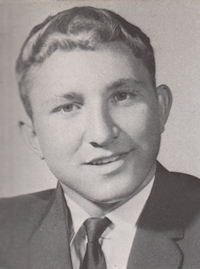 Richard Wayne “Dickie” Reaves, 65, of Perry, passed peacefully from this life on November 7, 2014, surrounded by his loving family.

He was born on April 22, 1949, in Perry, OK to Warren and Marie (Marzahn) Reaves. He was raised in Perry and attended Perry High School. Following high school, Dick enlisted in the US Army and headed off to Ft. Benning, GA for basic training. He was stationed briefly at Ft. Sill before being sent to Vietnam where he served honorably in the US Army Motor Pool Division. He specialized in building the bridges necessary to move troops and equipment across streams and rivers. He spent a short time stationed in Germany before being discharged and returning to Perry.

Upon his return home, Dick had three wonderful sons: Richard Jr, Jared, and Kyle. He spent several years working for R.L. Frailey in the oilfields before becoming a cement truck driver for Morrow Concrete. In the late 1970’s, he accepted a position with the Oklahoma Department of Transportation. Dick spent over three decades working for ODOT before retiring as the sign crew supervisor in 2009. He enjoyed his time at ODOT and made many lifelong friends there.

Dick Reaves was a kind and easy going man who truly found joy in helping others. Following his father’s death, he took wonderful care of his mother, cooking for and visiting with her on a daily basis. After retiring Dick spent the majority of his time scrapping metal, working on cars, and fishing. He was a lifetime collector of Route 66 memorabilia and he had many hotrods and motorcycles throughout his life. Dick was a good listener and he never went anywhere without squealing his tires. He loved to laugh and his smile could make even the darkest days bearable. Family was always his highest priority and he was very proud of his children and loved spending time with his grandchildren. Dick Reaves was truly a wonderful man who was loved by all who knew him. He was a loving father, a caring grandfather, a loyal brother, a hard worker, and a trusted friend.

He was preceded in death by his parents and a brother J.R. Reaves. Left behind to carry on his legacy of selflessness and kindness are his three sons: Richard Wayne Reaves Jr. and wife Pam of Billings, OK, Jared Warren Reaves and wife Justina of Wayne, OK, and Kyle Andrew Reaves and wife Nicole of Perry, OK. He is also survived by 6 grandchildren: Tori Fales, William Reaves, Remington Reaves, Kimber Reaves, Cameron Rose and Peyton Sadler and one great grandchild on the way.

A memorial service celebrating his life will be held at 2:00pm on Thursday, November 13, 2014, at the Palmer Marler Funeral Home Chapel in Perry with Joe Day officiating. Burial will follow at Fairview Cemetery south of Perry on highway 86. The family requests that donations be made in Dick’s name to The Wounded Warrior Project in care of Palmer Marler Funeral Home 203 E. Fir Street. Perry, OK 73077.