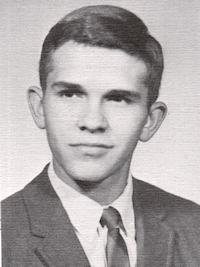 ﻿Graveside rites will be at 10 a.m. Thursday at Grace Hill cemetery for Donald Dean Gould, 40, formerly of Perry, who died Saturday at his home at 1914 Wedgewood Court, Stillwater.

Rev. William Powell will officiate. Arrangements will be under direction of Brown Funeral home of Perry.