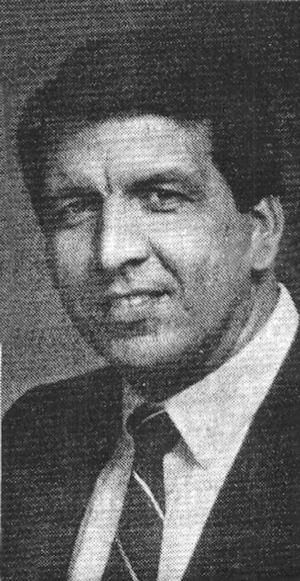 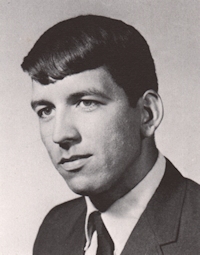 ﻿Darrell Ray Stanley, 45, Perry, died at 9 a.m. Friday, Jan. 19, 1996, at McAlister hospital, McAlister, OK. Funeral will be at 10 a.m. Tuesday at the First Baptist church with Rev. Kyle Chamblin officiating. Burial will he in Grace Hill cemetery under direction of Brown Funeral home.

Stanley was born March 4, 1950, at Perry, the son of Carl and Cora Stanley. He attended Lutheran school through eighth grade and was a 1968 graduate of Perry high school. He and his wife, Trina, were married Feb. 14, 1981. Stanley was an employee of the Farmers Coop for 20 years and had owned and operated the Movie House from 1984-87.

In addition to his wife, of the home, survivors include four daughters and one son-in-law, Julie and Darin Patton, Jenny Stanley, Rebecca Stanley and Daryl Ann Stanley, all of Perry; one son, Kenny Stanley, Perry; a granddaughter, Katie Patton, Perry; his mother, Cora Keller, Perry; three brothers, Farrell Stanley and Kevin Stanley, both of Perry, and Dennis Stanley, Carthage, TX; his former wife, her husband and their daughter, Beverly and Jerry Dunn and Jera Dunn; three aunts, Maxine Smith, Vian, OK, Ruby Glass, Perry, and Doris Epperson, Tulsa; and several nieces and nephews.