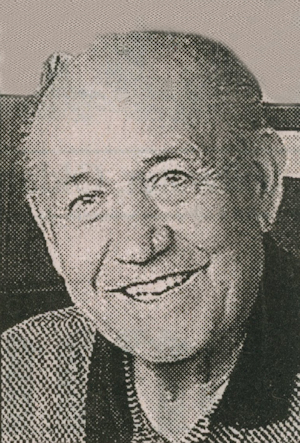 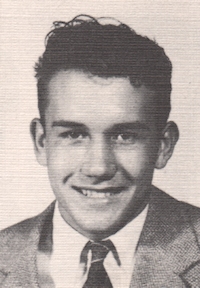 Otto Roy Cowell, 81, was the son of Roy Wilson and Lena Martha Baetz Cowell. He was born on March 5, 1929 in Perry, Oklahoma and died Thursday, September 16, 2010 at Tuscany Village Living Center in Oklahoma City.

Otto graduated from Perry High School in 1947 and attended Northern Oklahoma Junior College for one year. He then returned to Perry, Oklahoma to work as a bookkeeper at Exchange Bank in 1948. He worked his way up the ranks becoming head bookkeeper, teller, head teller, assistant cashier, assistant vice-president, cashier, director of Exchange Bank in Perry, Oklahoma. In 1964 he moved to Kingfisher, Oklahoma to become president of the newly opened Kingfisher Bank and Trust where he worked until he retired in 1974.

Otto was a gifted athlete and enjoyed playing many different sports. He was a Player-manager of a semipro baseball team which won five state championships while he was manager. He received an All-American title as Outstanding Hitter at the Semi-pro Wichita National Tournament. Also, he was an avid golfer and was club champion in the championship flight at the Perry Golf and Country Club.

He was preceded in death by his parents, his granddaughter Rebecca Katherine Cowell of Stillwater, Oklahoma and his sister Ethel Deloris Cowell Shiever of Morrison, Oklahoma.