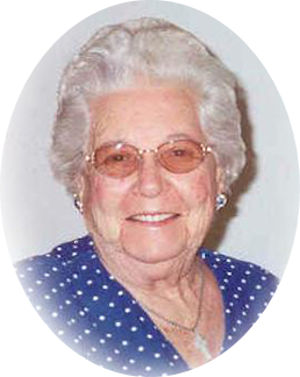 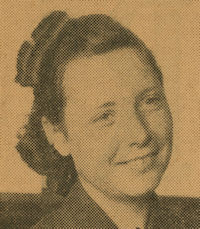 Her hobbies are reading, songs and a little bit of everything.

She may take nurses’ training next year at the University hospital in Oklahoma City.

Esther Leona Smith, 81, of Perry, Oklahoma, was the daughter of George Walter and Leona Boyd. She was born on August 21, 1921, in Ripley, Oklahoma and died Thursday evening, July 17, 2003, at Perry Memorial Hospital.

She enjoyed gardening, being a homemaker and attending to peoples needs within the community. Esther was a member of the Zion Lutheran Church, where she was active in WELCA and the Golden Circle. She was a member of Disabled American Veterans. Esther was a volunteer at Green Valley Nursing Home and at the Oklahoma Blood Bank. She was given a Certificate of Appreciation from the Oklahoma Blood Bank for her service with them.

She was preceded in death by one daughter, Sherry Leona Smith, her parents, one brother and one sister.