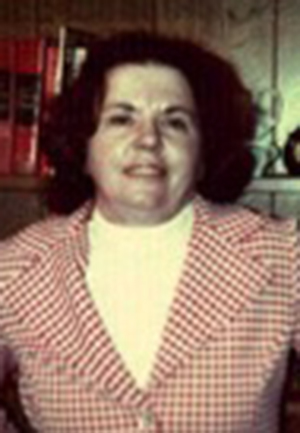 – has lived in Perry for three years. She is the 17-year-old daughter of Mrs. Harriet Tefteller, Guthrie.

June attended schools in Guthrie, Oklahoma City, and Perry. During her senior year, she was treasurer of her homeroom and Perry Maroon football queen. She has been a member of the band for three years and a member of the Order of Rainbow for Girls.

After she graduates, she plans to attend college somewhere.

A memorial service for family and friends of Lenora June Wurtz, 74, of Issaquah, Washington, formerly of Perry, Oklahoma, will be held at 11 A.M. Saturday, September 2, 2000, at the lower pavilion at CCC Lake in Perry. In case of inclement weather the memorial service will be held at the First Baptist Church of Perry. There will be a private internment at Grace Hill Cemetery.

Mrs. Wurtz was born on April 11, 1926, in Oklahoma City, Oklahoma, the daughter of Horace and Harriet Tefteller and the granddaughter of F.M. and Ila Van Bebber, pioneers of the Cherokee Strip. She graduated from Perry High School in 1943 where she was football queen that year, and a member of the school marching band. Mrs. Wurtz attended Oklahoma A&M University. She was an active member of the Presbyterian Church and volunteered in numerous youth groups.

Arrangements are under the direction of Flintoft’s Issaquah Funeral Home.