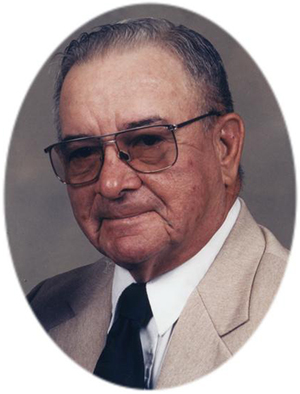 ﻿- son of Mr. and Mrs. J. Lambert Casparis, 718 Noble street, will be graduated at 17 when he receives his diploma this spring.

A native of Perry, where he was born December 23, 1927, Jack attended school at Sumner, Mount Home, Ark., Dennison, Texas, Athens, Texas, Ponca City, and Crestview, Fla., before attaining his senior year. He is a member of DeMolay and Teen Town, and also has been active in FFA work.

Jack played football and basketball in Florida. He expects to work in a defense plant after graduation, after which he wants to join the merchant marine. After the war this student would like to take up ranching or geology.

He attended school in Perry and graduated from Perry High School in 1945. He then joined the United States Air Force in 1945. He served his country for three years and was honorably discharged in 1948.

Jack married Josephine M. Craig on March 27, 1951 in Perry, Oklahoma. They were blessed with two children. She preceded him in death on January 11, 2002. He was a member of the Morrison Christian Church.

Funeral services will be 10:00 a.m. Saturday, September 11, 2010 at the Morrison Christian Church. Pastor Roy Fleshman will officiate. Services are under the direction of BrownDugger Funeral Home. Visitation will be Friday and Saturday, September 3 and 4, 2010, from 8:00 a.m. to 8:00 p.m. Memorials may be made to the Morrison Christian Church in care of BrownDugger Funeral Home, 1010 N. 7th Street, Perry, Oklahoma 73077.

He was preceded in death by his wife, Josephine Casparis and parents, Lambert and Mary Casparis