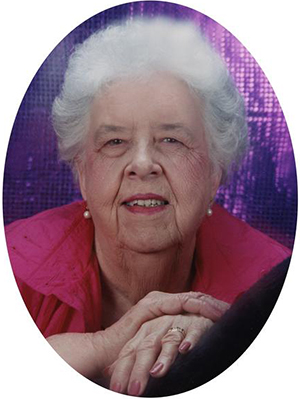 Aley Ashbrook, 83, of Perry, Oklahoma, was the daughter of Monroe and Nora Nellie Crowe Elgin. She was born on June 26, 1926 in Perry, Oklahoma and died Saturday, April 3, 2010 at Green Valley Nursing Home.

Aley was a member of the First Presbyterian Church, the Ladies of 76 Homemakers, the American Legion Auxiliary, FCF, the Grandparents Club and the Jolly 12 Club. She was an Avon representative for 40 years.

She was preceded in death by her husband, Walter Ashbrook, her parents, Monroe and Nora Elgin, two brothers, Lee Elgin and Pat Elgin and three half brothers, Leonard Milner, John Milner and Ronald Milner.