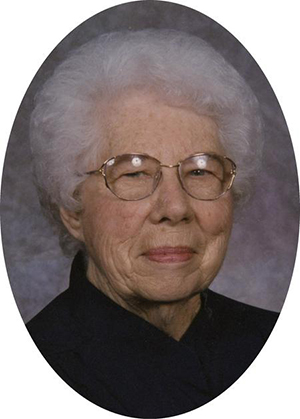 Freda M. Campbell, 87, formerly of Perry, Oklahoma, was the daughter of Fred Wilford and Ella Mae (Holcomb) Francis. She was born January 21, 1925, in Marland, Oklahoma, and died Monday, October 15, 2012, at St. John’s Hospital in Tulsa, Oklahoma.

Freda was a member of the First Christian Church in Perry, Oklahoma, The Petunia Garden Club, and The Ladies of 76 Homemaker Club. Freda enjoyed helping Charles on the farm and raising their cattle.

Graveside Services will be private. Rev. Martin Foster will officiate. Services are under the direction of Brown-Dugger Funeral Home in Perry, Oklahoma.

She was preceded in death by her parents and one brother Charles Francis.