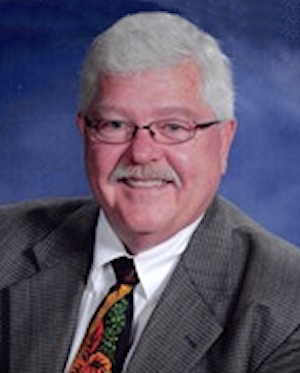 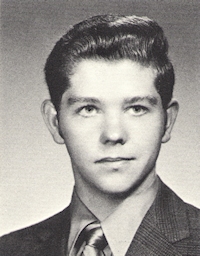 Jerry Michael Wall, Sr. was a warm, charismatic man who loved his family and church. He was a longtime resident of Edmond and a former member of City Council, helping develop the master plan of Edmond, including the creation of Lake Arcadia and revitalizing the downtown area.

He graduated from Perry High School in 1971 where he was a proud member of the Perry Maroons Band.

He met his wife of 42 years, Jackie, while attending Central State University and working at Humpty Dumpty. With his in-laws, the Harpers, he opened and managed Harper’s Red Bud, later adding convenience stores and two more grocery stores. He worked for McDonald’s Corporation for nearly 20 years and went on to own Wall’s Wine Bin in OKC. He found his calling with OKC Public Schools, working in the child nutrition department as a compliance officer.

He was an Elder of Santa Fe Presbyterian Church and a passionate singer in their choir. He was a Charter Member of the Edmond Historical Society and a member of the Central Oklahoma Vintage Triumph Register, where he loved driving his ’73 TR Stag. He enjoyed golfing with his friend Al, reading, traveling with his wife, and spending time with his grandchildren.

He was preceded in death by his parents, Dorothea and Leon.

In lieu of flowers, memorial contributions may be made to the Santa Fe Presbyterian Church Music Program.