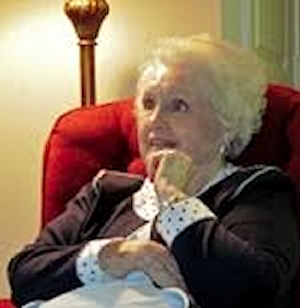 – attended schools in Glencoe, Stillwater, and Chandler before coming to Perry four years ago. She is the daughter of Mr. and Mrs. Ike Hesser, 510 Fifth.

Spending three and one-half years in Perry high school, Evelyn has been a member of Red Hots, the glee club, the national honor society, and her senior play cast. She served as office assistant during her senior year.

Evelyn will be a student at Oklahoma A. and M. college, Stillwater, during the coming year.

Evelyn Mae Hesser Kraemer, 89, formerly of Stillwater died June 27, 2014 in The Village, Florida. A graveside service will be held at 2:30 p.m. on Thursday, July 3 at the Glencoe Cemetery South, Glencoe, Oklahoma. Strode Funeral Home is in charge of the arrangements.

Evelyn was born on February 12, 1925 in Walsenburg, CO to Isaac (Ike) Hesser and Marie Prater. She was a long time resident of Wichita Falls and Plano, Texas. She was an active member of the United Methodist Church and Bible study.

Evelyn went to Eureka grade school and later Perry schools graduating from Perry High School. She went on to Oklahoma State University, then known as Oklahoma A & M. She worked for the School of Engineering as a secretary.

She married Forrest Kraemer on January 25, 1946 in Stillwater and later moved around for the Oil Fields while their children were young until they located in Wichita Falls, Texas. They were together for 46 years until his death.

Evelyn was a social worker for the elderly and did volunteer work for the Hospice in Wichita Falls, Texas. She was also the longest breast cancer survivor of 54 years.

She is preceded in death by her parents, Isaac (Ike) and Marie Hesser, and husband, Forrest Kraemer.