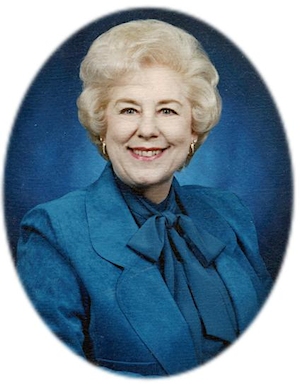 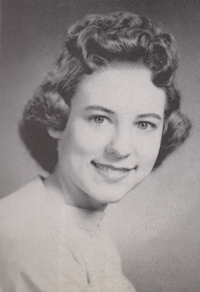 Sharon Kay Clark Wise, 69, was born on December 1, 1940 on a farm NE of Perry to Frank H. Clark and Dorothy Wolfe Clark. She died Thursday, August 12, 2010 at her daughters home in Oklahoma City.

She attended schools in Red Rock, Marland and Perry, graduating in 1958 from Perry High School. Sharon was Perry High School Wrestling Queen in 1958, cheerleader and member of the National Honor Society. She attended Central State College in Edmond on an Associate Business Secretarial certificate program.

On November 6, 1959, she married Charles E. Wise in Perry at the First Christian Church. He preceded her in death on June 10, 2001. She worked for OSU Extension offices in Perry and Chickasha. The couple lived in Chickasha from 1965 to 1975, until they moved back to Perry and purchased the Budd Wollison Buick, Pontiac, GMC Dealership. They owned and operated Wise Buick, Pontiac, GMC for over 30 years. After Charles death, Sharon continued operating the dealership and was named one of the few women General Motors dealers in Oklahoma and was a member of the Oklahoma Auto Dealers Association. In 2005, she sold the business to Ruble Vance of Perry.

She supported many school and community organizations in Perry. She was a member of the Perry Chamber of Commerce, Main Street of Perry, an honorary member of Perry Study Club, having served as a past president and was a life time member of Beta Sigma Phi. Sharon was a member of the First Christian Church, serving as an Elder and Deacon. She enjoyed hosting a Bible Study Group in her home the last two years. She was an active member of the Christian Womens Guild and assisted serving Rotary Club dinners.

She was preceded in death by her husband, Charles Eugene Wise her parents, Frank and Dorothy Clark her husbands parents, Lee and Willie Wise and one brother-in-law, Gary W. Wise.