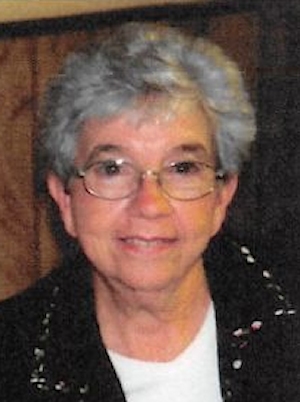 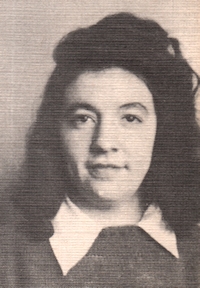 The third child of John M Yowell and Sadie Muriel (Hughes) Yowell, Sara Jo was born on October 11, 1927, in Perry, Oklahoma. She started school in Hayward and graduated from Perry High School in 1945. In 1947, she married Marlin O Musick in Wellington, Kansas, and together they had three children: Jim, Mike and Sherri. Sara Jo lived in and around Perry almost all of her life.

In the early years the Musick family followed pipeline construction work, and later Marlin worked in the oilfield and had a trucking business. The family moved home and lived east of Perry on a farm for a few years, where the children attended Sumner School, later moving into Perry in 1963. Sara Jo was a working mom and a caregiver to many. In 1973, Sara Jo was among the first group of 10 ladies to break the glass ceiling at Ditch Witch, employed to work out in the shop, assembling trenchers. She was very proud of that job, and for those who knew her during those 20-plus years of work, they could always count on her working hard and doing her best to make Ditch Witch the best it could be, always with pride and a smile, wearing pressed jeans and a clean sensible shirt.

In 2001, she was named one of a very select group of people in Progressive Farmer Magazine’s list of Unsung Heroes, because she served others in so many ways and for so many years. Quietly, without fanfare or seeking accolades, and never wanting to be singled out for special attention, Sara Jo did things that only a kind and nurturing person could do: Like providing the best-ever nursery care at church for more than 20 years, or baking her famous angel food cake and cookies for special events, or sitting with someone when they needed a kind word and a moment of peaceful thought. That was Sara Jo’s way, and her loving heart was in every act of kindness and compassion, every thought and prayer she offered, and for anyone needing her loving spirit.

Sara Jo volunteered at Perry’s N.A.R.C. thrift store that supported special education families, always staying active and productive, and always contributing to the wellbeing of others. She took great pride in her home and had a wonderful gift of growing beautiful flowers, and she worked hard to make everything pleasant and enjoyable for others. She had unceasing love for her children and grandchildren, and the hundreds of children she kept in the Church nursery for so many years, very often alongside her sister, Doris Mae Gleason, who she loved so dearly.

Sara Jo enjoyed an entire lifetime with her sister Doris Mae, and in their later years, the two of them would spend hours and hours sitting on the front porch, eating a bowl of ice cream, or going to meals and gatherings at Wheat-heart, playing cards of dominoes, talking about growing up on the farm out by Whipple, or just spending time with the friends they had known their entire lives.