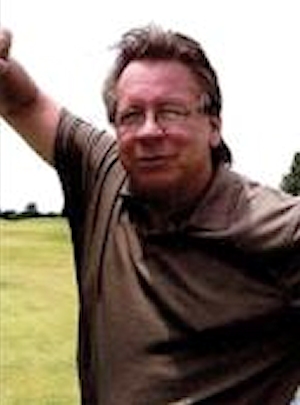 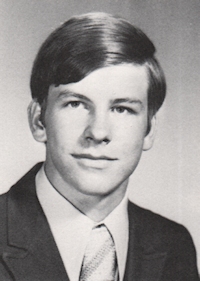 A 1972 graduate of Perry High School, Doug continued his education at Northern Oklahoma College where he was the lead drummer for the roustabouts and Pure Grain band, as well as a member of the legendary Boehme Boys. The Boehme Boys’ story began in the fall of 1972 at Boehme Hall which is named after George Boehme, a custodian at the college for many years. The boys reunited in 1999 playing in annual golf tournaments where the portrait of George Boehme rides in the lead golf cart. They have played at all of the Oklahoma state parks and choose a different course around the state each year.

Doug began working in the oilfield in 1975 and continued his overseas journey for more than 31 years, having the opportunity several times to work with his dad in the middle eastern countries. Currently, Doug was employed at the Ditch Witch manufacturing plant.

His greatest j4 in life was spending time with his son, Ian and grandsons Levi and Gavin. He also enjoyed reading, listening to music, playing his drums, playing golf and was a skilled writer. Doug always gave 110 percent of himself to everything and everyone.

Doug is survived by, his son Ian Wilhelm, Tulsa, grandsons Levi Wilhelm and Gavin Wilhelm, also of Tulsa; a brother, Sid Wilhelm and his wife Janet and a sister, Kim Payne and her husband Mark, all of Perry; and his very good friend and mother of his son, Debbie Mack Willis of Lewisville, Texas. Also, nieces and nephews, Travis Wilhelm, Russell Caldwell, Amanda Fowers, Allison Devilbiss and Jeff Payne, along with great nieces and nephews Hunter, Hannah and Hadley Flowers, Adisyn Sheets and Harper Devilbiss.

Services have been entrusted to the care of Palmer Marler Funeral Home and at his request, no formal service will be held. The family will host a celebration of Doug’s life in the near future. In lieu of flowers, memorial contributions can be made to the Perry Band Booster organization, c/o Palmer-Marler Funeral Home. PO Box 189. Perry, Oklahoma 73077.

Doug will be missed very much by his family and friends.