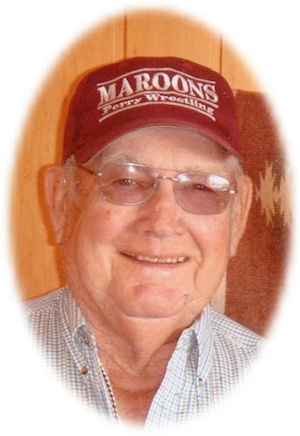 – 17 years of age, attended grade school at Barnett, district 81, and four years of high school in this city.

He is the son of John Beasley, route three, Perry, and was born in this county.

He was vice-president of the Future Farmers of America chapter one year and a president another. Ellis will contribute to the national war effort by turning to farming after his graduation.

Ellis enjoyed fishing, hunting and camping, but most of all spending time with his family. In 1945 he won the FFA State Farmer Rancher of the Year. He owned and operated a diesel truck service business in Perry. He loved to attend high school and college wrestling matches. Ellis attended sixty-six consecutive NCAA National Wrestling Tournaments.

Ellis was a member of the Perry Lions Club, the Perry Elks Lodge, the Perry School Alumni Association and the Perry Wrestling Foundation.