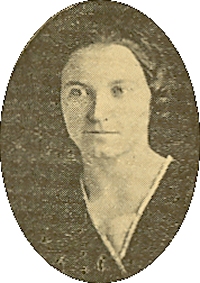 Funeral will be at 2 p.m. Monday at the First United Methodist church chapel in Perry for Clarice Marie (Leighon) Thompson Lewellen, 93, who died Tuesday, July 11, 1995, at a nursing home in the Los Angeles area of California.

Lyle Thompson, Fayetteville, AK, a nephew of the deceased, will officiate. Burial will be in the Grace Hill cemetery under direction of Brown Funeral home of Perry.

Mrs. Lewellen formerly resided in the Perry community. She was born in Valley Falls, KS on July 21, 1901. She was married to Fay Thompson on May 24, 1929. Thompson preceded his wife in death.

She and Elmer Lewellen were married in 1965. He also preceded his wife in death.