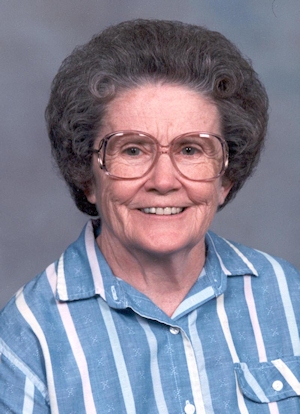 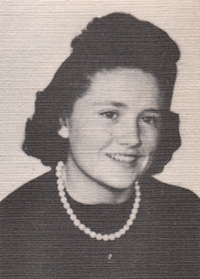 Funeral services will be at 2:30 p.m. Thursday, March 27, 2003, at Christ Lutheran Church in Perry. Rev. William Metz will officiate.

Interment will be in Grace Hill Cemetery at Perry under direction of Brown-Dugger Funeral Home.

Memorials may be made to the American Heart Association in care of Brown-Dugger Funeral Home.

Ethel and Jack Thompson were married May 24, 1947, in Wellington, Kansas. She was a homemaker who loved her family and spoiled her children and grandchildren.

She was an avid bowler and Chicago Cubs baseball fan. She also enjoyed crossword puzzles, reading and traveling.

Ethel was a member of Christ Lutheran Church, unit 5 of the Lutheran Women’s Missionary League, the Perry Women’s Bowling Association and the Cherokee Strip Historical Society.

Her parents preceded her in death.