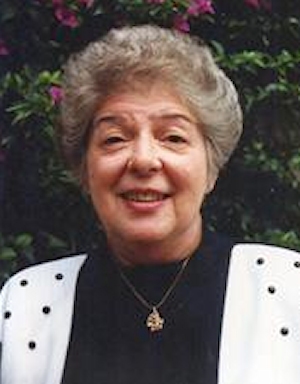 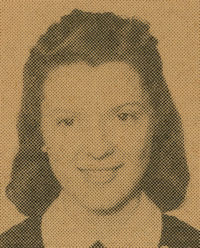 Her hobbies are sports and music. Next year she will attend the University of Oklahoma in Norman and take a general course in order to teach.

Edy was born on October 15, 1922, to Rudolph and Elsie Gottlieb of Perry, Oklahoma, where she grew up. Edy attended the University of Oklahoma where she was a member of Sigma Delta Tau Sorority.

In 1941, Edy married her high school sweetheart, Johnnie Tilman, and were married for over 52 years.

After making her home in Oklahoma City, Edy worked for Zales Jewelers. She later worked for H.E. Bailey at the Oklahoma Highway Dept. Edy was a past member of Temple B’nai Israel. She was a volunteer for many years at Saint Anthony Hospital, and served a term as president of their volunteer league.

Nothing pleased Edy more than gathering with her many friends to play cards and Mah Jong, which she did often. Once her children were grown, Edy worked for several years at Creative Cookery, a local specialty food store in Oklahoma City. She later worked at Kamber’s for many years. Her love of people and the joy she found in being of service to others was her trademark. Her great sense of humor, and love of music and anything chocolate carried her through life’s vicissitudes. Edy was dearly loved and will be missed by all who knew her.

Family and friends are invited to attend a memorial celebration of Edy’s life at 1 p.m., on Friday, January 14, at Hahn-Cook/Street & Draper Chapel. In lieu of flowers, donations may be made to Lackey Manor of Baptist Village or Good Shepherd Hospice.