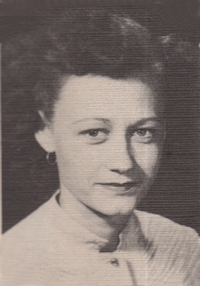 The funeral for Wynona June Spillman McGuar Bezdicek, 79, of Perry, will be 2 p.m. Friday, Oct. 9, 2009, at First Christian Church, Perry. The Rev. Martin Foster will officiate. Burial will be in Grace Hill Cemetery, Perry. Arrangements are by Brown-Dugger Funeral Home, Perry.

She worked at Sears, Mongomery Ward’s, Rags-dale’s Hardware and the city of Perry until May 1998, retiring after more than 20 years. She was a member of First Christian Church, Women’s Guild and Perry Progress Club.

Surviving are two sons, Randy McGuar of Perry and Ricky McGuar of Glencoe; one stepson, Robert Bezdicek of Tulsa; one stepdaughter, Tana Fraire of Perry; one brother, Jack Spillman of Tulsa; four granddaughters; and seven stepgrandchildren.

In addition to both husbands, Raymond and Charles, she was preceded in death by one stepson.

Memorials may be made through the funeral home, 1010 N. 7th Street, Perry, OK 73077 to First Christian Church or American Cancer Society.