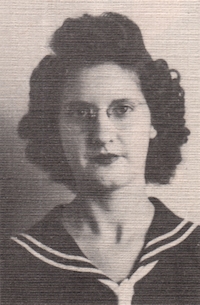 Wilma Lorene Buffington, Perry, Oklahoma, was the daughter of Ernest Frank and Iva Myra (Moore) Busse. She was born September 3, 1928 at Perry, Oklahoma, and died Monday, August 20, 2001, at Stillwater, Oklahoma at the age of 72.

She was a 1946 graduate of Perry High School and was a life-long resident of Noble County. On September 6, 1946, she and Phillip Lee Buffington were married at Winfield, Kansas. Her husband preceded her in death on March 15, 1999.

A member of Christ Lutheran Church, Mrs. Buffington was a homemaker.

In addition to her husband, one sister, Dorothy Gilley, and her parents preceded her in death.