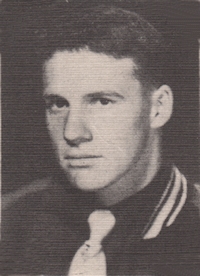 Services for Delmar “Daddy-O” Campbell, 67, will be at 11 a.m. Thursday at First Christian Church (Healdton, OK) with the Revs. Russell Cheatham and Richard Pitt officiating. Interment will be at Mount Olive Cemetery under the direction of Reser Funeral Home.

A 1950 graduate of Perry High School, he joined the 45th Division of Oklahoma National Guard and served with them in Korea. After his discharge, he worked for Magnolia Oil Co., now Mobil Oil Co., and retired June 1, 1992, after 40 years of service. He and Faye Blaney were married Dec. 20, 1952, at Chandler. He was a member of First Christian Church, and was named “Bulldog Fan of the Year” 1994-95.