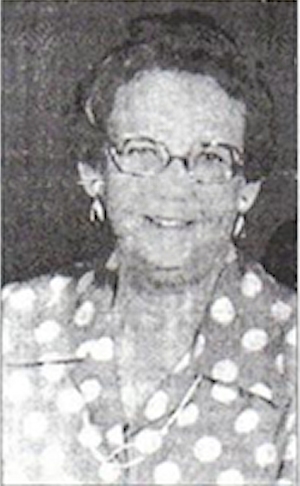 She was born Oct. 21, 1906, southwest of Perry, near Orlando, the daughter of Emil and Carrie (Garrett) Lau. She attended school at Harmony district 17 and graduated in 1925 from Perry High School.

Mrs. Kemnitz and John A. Kemnitz were married Sept. 1, 1926, in Enid. She was a member of Christ Lutheran Church.

She was preceded in death by her husband, parents, three brothers and two sisters.