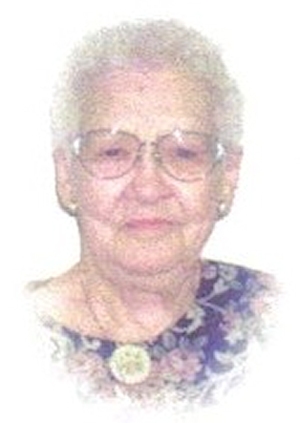 ﻿Ethel Levina Kirk, 91, of Broken Arrow, Oklahoma, formerly of Perry, Oklahoma was the daughter of Emil and Carrie (Garrett) Lau. She was born October 5, 1917 at Orlando, Oklahoma and died Saturday. May 30, 2009 at the Broken Arrow Nursing Home.

Prior to her retirement, Ethel worked in the meat market at the M&W grocery store, and later at Charles Machine Works and Perry Memorial Hospital.

She was a member of the First Baptist Church, the Jolly 12 Club and the Degree of Honor Lodge. While residing in Perry, Ethel enjoyed bowling at Perry Lanes.