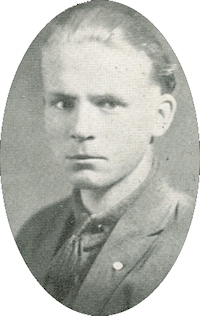 “The deeper to see,
The better my luck,
Math’s to me,
Like water to ducks.”

Funeral will be at 2 p.m. Saturday in the First United Methodist church with Rev. Tom Kirby, pastor, officiating. Burial will be in Grace Hill cemetery under direction of Newton funeral home.

Lau was born Feb. 12, 1905, near Orlando. On June 20, 1927, he married May Lighty, who survives. He attended Harmony grade school and graduated from Perry high school in 1924, after which he attended Draughon School of Business in Oklahoma City. He served as manager of Farmers Co-op 30 years. He had farmed and was operator of an electric appliance repair shop. Lau was a member of the Methodist church.

He was preceded in death by his parents and one sister.